And the fascination continues……… 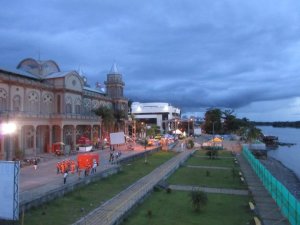 Wow, it’s already a month since I’ve been here at my internship. Some days are extremely busy while others are pretty chilled.

Two Fridays ago, we partied at one of my co-workers’ place. His apartment is huge, with lots of natural light. There he and another guy taught me a few salsa steps. They said I did well, thou I felt that I was pretty awful. Oh well, it was fun, the party ended 6.30am which meant I was in bed the whole of Saturday. On Sunday, however, we were robbed (a friend and I), the dude stole only the phone, we are fine. The surprising thing was that it was 1pm and lots of people around but they all acted like they didn’t see anything. Well that’s past tense now.

This past weekend, I went to Quibdo which is the capital of the state of Chocó in the Pacific coast of Colombia. It was a pleasant experience for me, for a minute I thought I was in a small town in Nigeria. We were there for a workshop, the Afro and Indigenous population are drafting up a ‘victims law’, so this workshop was to seek information, comments and the likes from activists, displaced persons and others in the Afro-Colombian population. 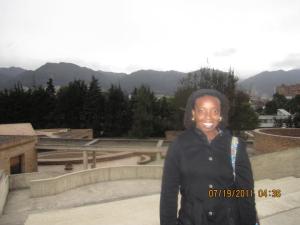 The workshop lasted 2 days; each day was from 8am to about 6pm. Also while in Quibdo, I attended a poem festival which featured poets from Cuba, Mozambique, South Africa, Cameroon and Colombia. Normally, am not into poems but the ones by the Cuban feminist was awesome.

Saturday was an eventful day, after the workshop, we went to a site were violations against human rights is showcased. This placed had pictures of those civilians who have been killed and disappeared by the either the guerillas, paramilitaries or the national police/army in Colombia. It was very sad; it also reminded me of similar showcase in Nicaragua and El Salvador. After this, we went to a local ice-cream place, then to dinner. Later at night, to the bar, I returned to my hotel at around 2am but could not sleep because Tego Calderon (the reggeaton/hip-hop musician) was performing directly opposite my hotel. This kept me up until 5am when the concert was over. Sunday, had to wake up early for a 9am interview after that met up with some university students I met at the workshop and hung out until very late. 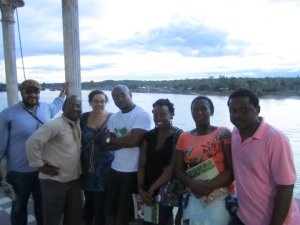 Everyone I’ve met here in Quibdo, Chocó have been fascinated because am a Nigerian. They had lots of questions about Yoruba tribe/ethnic group, Nigeria and Africa as a whole. Hence the title of this blog.

Interesting, I met a man from Togo who is a political science professor at a university in Bogota. On Wednesday, I will conduct an interview with him. Though my thesis research has been somewhat frustrating, I have been able to interview a few interesting folks. Now, back to the office in Bogota where meetings and interview are the routine.