Not your typical destination

Commonly confused as a country in Africa (because of Guinea I guess), Papau New Guinea (PNG) is actually in the South Pacific (Oceania continent). It’s less than 2 hours flight from Cairns, Australia. This is not a tourist destination; the majority of folks don’t vacation here. This is probably a result of PNG not enjoying a good reputation plus there is barely any tourist infrastructure in place. This makes hotels pretty expensive since they cater to business travelers. PNG is rich in petroleum. 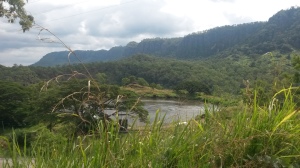 Why did I decide to vacation here? Good question. As a child, I watched something that featured PNG and Solomon Island, since then, I’ve been obsessed with the two countries. When the opportunity came around to visit, I decided to act on it. I felt like since I was traveling in the Pacific, I might as well fulfil a childhood dream. I couldn’t add Solomon Island on this trip because the flight were ridiculously expensive for me. Still on my list though #Goals.

Anyways, I flew into Port Moresby (aka POM or Mosby) a day later than planned due to delayed then cancelled flight.

Day 1: I got picked up via a driver my Airbnb host sent. It was early afternoon and super HOT & humid. I loved the view from my bedroom. I called a taxi (host left number for one) to go to the supermarket. Similar to most developing countries, the big supermarket is located in the mall. I did some grocery shopping – simple stuff like bread, butter, water and yogurt (I don’t cook on vacations).

I also negotiated with the taxi for the next day. I wanted to explore without dealing with public transport. 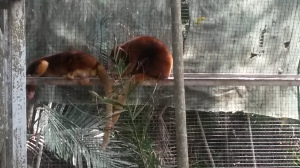 Day 2: Dedicated to exploring Mosby, I left the house around 11.30am. We visited the Nature’s park where they had exhibit of different species in the Kangaroo family. They also have a cultural section and exhibit of birds. The walking trail is pleasant. Proceeded to the Parliament house, the building is has interesting angle to it. I could not capture the beauty with my phone camera sadly.

The museum was the next stop. The museum is officially closed (no funding L) but they will show you around if you show up there. The museum has great varieties of the various ethnicities of PNG. The museum richness is similar to that of Auckland’s museum in terms of south pacific culture.

We went by the national university where some students were killed during a protest against the prime minister two weeks before my visit. My driver took me to a local roadside restaurant to try some local food. It seems that the food is heavy of cassava. 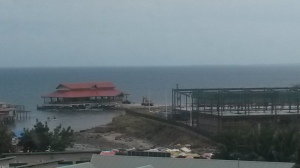 The Mosby tour ended at a small craft market in Boroko area of Mosby. Boroko is an historic neighborhood in Mosby. I got some earrings.

Day 3: I decided I needed to sleep in. I was ready to explore by early afternoon. I was excited because we were going to see Rouna Waterfalls. It is located outside the city. We drove for about an hour, the roads gets curvy once you leave the city. The ride is actually beautiful. We finally get to the waterfalls to discover it is closed off to visitors L. I could only admire it from a distance. I went back to Mosby not too pleased. Went to the Ela beach area, the only beach in Mosby.

Day 4: My flight was in the early afternoon so I had time to sleep in.

Should you visit Papau New Guinea? I will say yes. You however need to plan well. 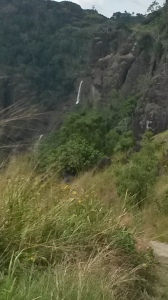 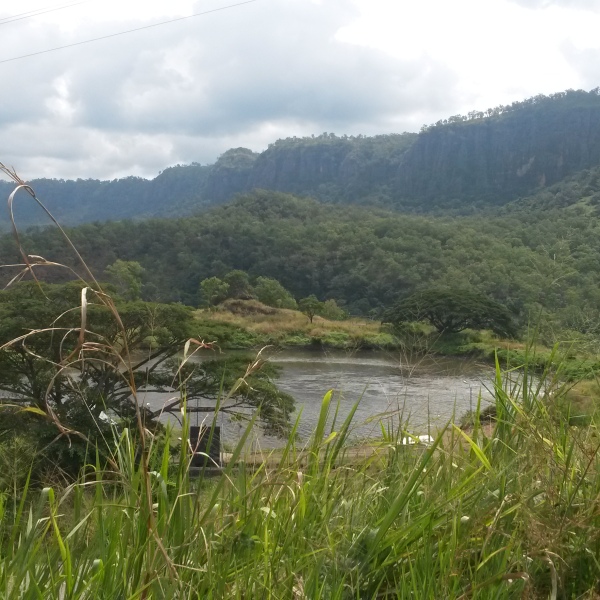 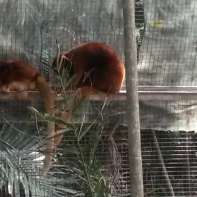 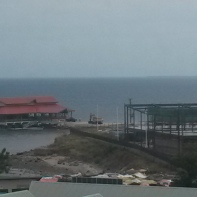 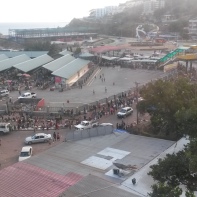 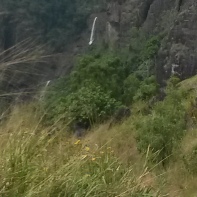 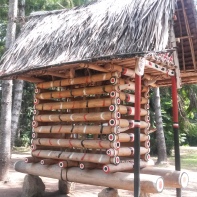 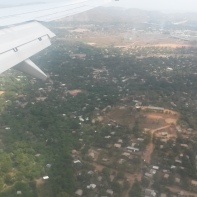