!!!!For You the Only Risk is Wanting to Stay BUT for Them, Several Risks Exist!!!! 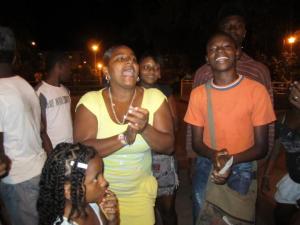 So it’s already the end of my internship. I was officially done on Friday and I left Bogota Saturday morning for Medellin. It was great to see friends that I haven’t seen in almost two years. As usual Juliana and Lexie’s family were great. We went to la feria de las flores which is a big deal here in the state of Antioquia. Aah, we went pole dancing today, it was hard work – my legs and arms soar really bad now.

My last few weeks in Bogota was amazing, I met more interesting people at the end of my stay. I met other Africans too; a guy from Nigeria and another from Chad cool, right? I also went to Tumaco with my job for a workshop; Tumaco is a very beautiful place, warm climate and great people. Lot of military presence though, apparently it’s the consolidation center for Plan Colombia. 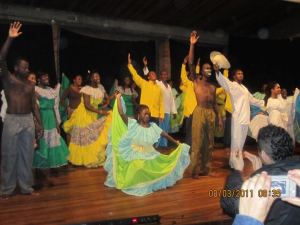 Well back to Bogota, I attended a dance presentation by the Afro-group called PALENKE; I believe you can look them up on YouTube – they are amazing I tell you! It was sad to leave to Bogota; there I experienced very great things as well as bad things. For instance, Bogota was the first place I was robbed and the first place I was called a fucking Nigger. For the good things – I was blessed to meet amazing people, learn about the issues of the black population of Colombia and interview great people. 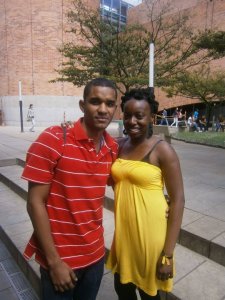 In case you don’t already know, there are black people in Colombia; in fact Colombia has the third largest population of Black people in the Americas after Brazil and U.S.A. The black folks of Colombia experience a profound type of discrimination, in my opinion different from that of the U.S.A in that they fare worst and are invisibility in Colombia. With the issues of displacement, the blacks are disproportional affected, of the 3 million displaced, more than 1 million are blacks. With the 1991 constitution, blacks (as well as indigenous people) of Colombia were officially recognized, ancestral land were titled to black communities starting in December 1996, which unfortunately collided with the entry of armed conflict between the guerrillas, paramilitaries and the army into the black communities. Since then, blacks have been displaced with little attention given to their situation by the Colombian government.

There are several Afro-NGOs working to help the displaced and defending the human rights among others of the black Colombians. However, these leaders and organizations face several obstacles, one of these obstacles is the continued threat issues against them by armed groups – these threats have led to the death of several Black and Indigenous Activists. Last year alone, 3 black activists have been assassinated and several others have been forced to seek exile in foreign countries.

So the next time you visit Colombia, do not get carried away. The Blacks of Colombia are way more than the dancing you see in Cartagena, they constitute almost 40% of the Colombian population and yet rank lower than the rest in terms of social and economic indicators. So it would be great to think of them when you are in Colombia and if you can, get involved. Some organizations working with the Black Colombians includes AFRODES, Cimarron, PCN and C.N.O.A. Hence the title of the blog. 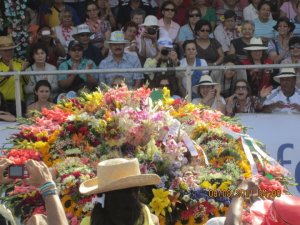 Tomorrow I leave for Central America.