← Part 1: It has been a very Long Thing
Naija Things →

As in……{Living like a local no be small thing o}

I decided staying in a village will make me miserable, plus I was rejected at the school I was posted to. According to the school’s principal, I wouldn’t cope at the school because I am a foreign trained student. So I began the process of getting re-posted to Ibadan (the capital of Oyo State). I was naive enough to believe this process would be easy and straightforward but I was dead wrong. First, there was no office or person/official in charge of this. I was at the head office in Ibadan every day for 2 whole weeks before I finally got an official to accept & approve my re-posting. I was very lucky – he (the official) only accepted my application because I schooled abroad. All my other friends that schoole d in Nigeria either had to bribe or bring their influential parent before they could get anything done. 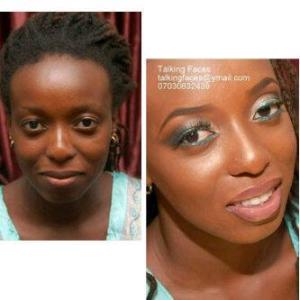 I began apartment hunting – a tortuous process. All the apartments I saw were very disgusting. I wasn’t asking for a lot – I just wanted a decent place with running water. In January, I had to pick the best of these apartments. The apartment had two rooms, kitchen, bathroom and no living room. The bathroom and shower were not tiled so we had to pay for it to get tiled #1stworldproblems. There was running water, constant electricity & it was located in a very safe neighborhood. I shared with another girl.

I loved my Job at Ibadan; I was posted to a research institute – Nigerian Institute of Social & Economic Research. My boss was amazing and engaged me in several research projects. I had few friends in Ibadan so I should be happy right? No, I hated Ibadan. It was way better than the village I was originally posted to but still wasn’t the city I would want to live in. In Ibadan, there are no places to hangout during the day, no malls or interesting sights and there were plenty extremely aggressive people. The city had no flavor to it, just plain, big, dirty and very ugly! I went to Lagos every weekend so as not to die of boredom. At the end of January, I got a call – the happiest call since I moved back to Nigeria. I was re-deployed to Lagos!

So February, I was busy completing registration out of Ibadan, subletting my room and beginning registration at Lagos. The only disappointment I had in Lagos was I wasn’t allowed to work at a research institute. Lagos corpers have just two choices – working in a school or at the local government (county office). I was posted to a local government. At the office, I was told by my boss that there was nothing for me to do so I shouldn’t bother coming to work L. At that point, I started brainstorming projects I can do, no way was I going to be a bum. 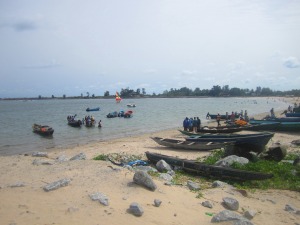 In Lagos, I began to grasp my new life. Many people consider it fun,   interesting or exotic to ‘live like a local’. This is true if the country you are living as a local is NOT your country of origin. I loved my experience living like a local in Colombia and Honduras. Living like a local sucks for me in Nigeria because I lived here for the first 17 years of my life, I have family here, I have ties here. It is simply not exotic!

With the national service program, we are paid an equivalent of USD$125 per month. I have never lived on $125 a month. The least I’ve lived on is $400/month (in Honduras) and Honduras is way cheaper than Nigeria. A bulk of my money is spent on transportation – Lagos is similar to Houston, Texas in that if you don’t have a car, getting around is complicated.

I keep myself busy and sane by taking French classes; online courses via Coursera and exploring Lagos & surrounding states. Also, am partnering with an Educational organization to launch a Summer Camp Program in Nigeria. The camp is scheduled to hold in August. Check out our website Summer Camp Nigeria.

To be honest, the move back to Nigeria has not been an easy transition for me. It has been a roller-coaster; some weeks I’m depressed, others am just fine. I continue to network and explore Lagos. Another thing I do is to organize fun trip (Team FUN) with a group of people from my network. Many Nigerians don’t travel within the country and there are expatriates interested in seeing the country. So monthly, Team FUN visits new places. So far, we have gone to Tarkwa Bay beach and Olumo Rock, pictures coming soon. 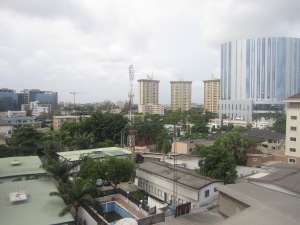 Below is an interesting interview I went for in Lagos……this happened last month and I want to believe am over it by now.

Background: my friend calls me up for a job she thinks I would be interested in. The company needed a recruitment agent that spoke Spanish. It sounded like a good opportunity so I forwarded my CV (Resume). The Operation Manager gave me a call – enjoy the conversation

Operation Manager: Good Afternoon, may I speak to …..

Operation Manager: fine as well, I am calling about the recruitment position. What religion do you practice?

Operation Manager: What religion do you practice?

Me: I have no religion

Operation Manager: You have no religion?

Me: Yes, no religion

……call drop (me thinking, what a jerk, he hung up on me because I have no religion!). A few minutes later, my phone rings

Operation Manager: hmm, would you like to come for an interview? By the way, sorry the call dropped, poor network service

Me: Sure. When is the interview?

Operation Manager: if you can come in today, that will work fine 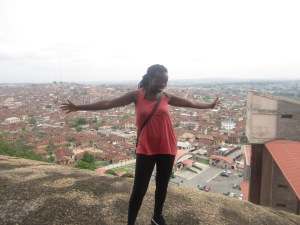 I was lead to the interviewing room. There were 3 women and 1 man already in the room.

As I enter the room, the man begins saying a prayer. The prayer included the ‘casting out of demons’, ‘sanctifying the room’ and several chanting along these lines. It went on for about 5 minutes. During this period, I was confused. Then I thought maybe he’s on the phone. After he stopped praying

Me: Hello. I’m Kunbi. I hope all is well

The man: yes, I’m **** ***** and I’m the Operational Manager. I was praying to cast out the demons you can with. Since you have no religion and your hair is dreadlock. All I need now is Holy Water to completely cast out the demons. So tell me, how come you don’t believe in God?

Me: (400% shocked) Oh, so that was what the prayers was all about. God and religion are not the same thing.

Operation Manager: so what happened to make you not have a religion? You schooled in the U.S.A, right? It must be the American influence. Here in Nigeria, you must have a religion. Without a religion, you are lost. You are like a headless chicken without direction. And your hair, you will have to cut off the dreads within one week of working here.

Me: okay, your opinion. Nothing is going to make me cut off my hair.

Operation Manager: No, it’s not my opinion. It is a fact. You see, I win souls for Christ. I was responsible for my best friend becoming a Christian, now he is very dedicated to the church. I just pity you because you are unfortunate without a religion. The man that will marry you will be so unlucky because he will end up with unfortunate person like you. Do you wear heals, make-up, dresses, skirts? You see your problem is, you are too simple.

Me: [my mind suddenly goes blank, as I can’t believe what I’m hearing, so I shrugged my shoulders].

The Operation Manager went on to say more inappropriate and offensive stuff………………..then offered me the position……At that point, I was ready to leave. I had been trying really hard to mentally erase all he said to me but without much success.

After this interview (my first in Nigeria), I cried. I felt so belittled and couldn’t do anything about it.

← Part 1: It has been a very Long Thing
Naija Things →