← For the love of Petronio Alvarez…
The Foreign Trained Student Guide: Surviving NYSC →

Hey I know you, I’ve seen you on TV, you are Beyoncé (sometimes Rihanna) right?

Hey ‘Chocolate Face’, how are you? Can I have your number?

These are the type of comments I got while in Istanbul, Turkey. Sometimes I loved it and sometimes it irritated me.

Visiting Istanbul was a huge transition for me since the countries I’ve visited in the past were always in West Africa, Latin America or the Caribbean. Therefore, for the first time in my life, I couldn’t speak the language of the country I was visiting. But I survived my 7 days’ vacation.

Although Istanbul is not the capital of Turkey, it has the largest population in Turkey – about 13million people. Let me tell you 5 reasons why you should visit Istanbul:

1. Good Food: Turkey is known for the tasty spices used in cooking. Meat is the main food and they are juicy and tasty. Not a fan of meat, don’t worry they have spicy crushed salads. After your meal, feel free to choose from your varieties of deserts.

2. Turkish Delights and Turkish Tea/Coffee: Do you ever feel that you don’t have time to chat/catch up with friends or with yourself? Well Coffee or Tea on the go is very uncommon in Turkey. Turkish Tea/Coffee requires that you sit, they prepare your preference, they bring it to you, you sip, chat, sip and chat some more. No need to rush because your tea/coffee is accompanied with the Turkish delight. Now what are Turkish Delights you may ask? They are sweets or flour coated stuffs made from nuts or filled with nuts. You will love them. I’m very picky and not a fan of nuts but I had a few of the delights every day.

3. Sight Seeing: You want to see/re-live history? Turkey is the perfect place for that. Four empires were established here: Roman Empire, Byzantine Empire, Latin Empire and Ottoman Empire. You are guaranteed to see amazing structures, architectures, and wonders. At the museum in Tokapsi Palace (The Palace of several Sultans), on display includes religious relics such as King Solomon’s sword, John the Baptist’s hand, Joseph turban, Prophet Muhammad’s beard & sword, Moses’ rod (yes the rod he used to command the red sea to divide so the Israelis could pass through). Most popular sights includes Hagia Sophia (church built in the Roman Empire but became a mosque during the Ottoman Empire, now a museum), Blue Mosque, Tokapsi Palace, Bosporus cruise, Dolmaba Palace, Grand Bazaar, Spice Bazaar and so on. 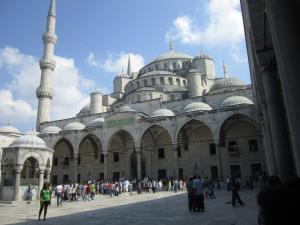 4. Turkish Bath: A must do in Turkey. You know shower is a modern day invention so experiencing how women in ancient times pamper themselves is classic! So you don’t get surprised, this is the process – By law women & men are in separate space. In the female space, you take off all your clothes; pour warm water on yourself from a marble sink for 10-15 minutes, a female attendant will then scrub off your dead skin while you lay on a marble slab. After this you are given a massage (mine was a soap massage), then you wash yourself with warm water again and lay on another marble slab to dry off. 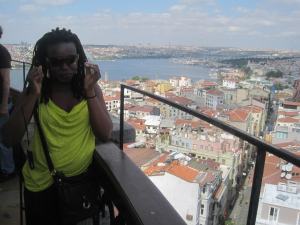 5. One City, 2 Continents: Face it, when have you ever been in a city that half of it is on one continent and the other half on a different continent? Are you lost? Istanbul, Turkey is geographically blessed because it is the only city in the world where one part of the city is on the European continent and the other half is on the Asian continent. Most of the touristy places are on the European side of Istanbul but the Asian side is only a 20 minutes ferry away. 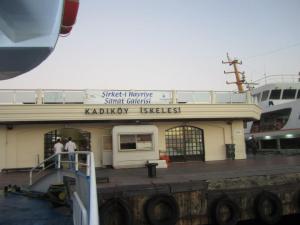 Back to the tittle, a lot of people just called me Chocolate Face! Well, I guess because I have a chocolate skin. I got a lot of stares – some were a bit offensive and others just curiosity. I was told by several Turkish’s people that they had never seen a black person before – only on TV they said (Never mind that Turkey has a black population – descendants of enslaved people during the Islamic slave trade and a growing number of immigrants from African countries). Many people wanted to take a picture of or with me (some without permission). A lot of men asked me out on date and I even got a marriage proposal! I think I handled all these unwanted attention gracefully. I enjoyed my stay regardless.

And yes I met some Nigerians there. I was also told there were 2 Nigerian churches in Istanbul. I just love seeing my people when I travel.

← For the love of Petronio Alvarez…
The Foreign Trained Student Guide: Surviving NYSC →