Getting recharged in Guatemala

I had a great time in Guatemala especially in Xela (Quetzaltenango). We stayed in Antigua for 2 days, the ‘jungle party hostel’ is great, it comes with free breakfast and hot shower. Also got a chance to see Calvin (met him in Xela 2 years ago). Next we went to Lake Atitlan where we spent 3 nights at San Pedro & one night at Panajachel then off to Xela where I spent a week and 3 days. It was great to be back in Xela – I moved in with my former host family and took Spanish classes at Celas Maya. My host family is really awesome, she did not want to accept the money I offered. She said I was part of the family but I insisted because It didn’t feel right to me to live & eat with them for free when its obvious that the family was struggling financially. I liked my Spanish classes, I’m so glad I decided to take classes – my teacher -Leti- is awesome and I not only learned Spanish, but also the history of the country, women issues and other cultural stuffs about the country I did not know. 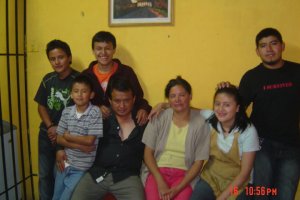 It felt good going to my favorite cafe – Cafe Baviera – everyday, chilling at the parque central and eating pastries from XelaPan. I also did volunteer work while in Xela. I volunteered with Hogar Temporal where I helped a group of 5 girls with their homework. It was rewarding – the kids had a lot of questions about my hair – it was very sad on my last day, saying goodbyes is not always fun, they wanted to know why I had to leave and I couldn’t give them a good reply.

Another sad thing is that I will be splitting with Josephine, we met in Bocas del Toro, Panama & went to Puerto Viejo, Costa Rica together. I left her in Costa Rica because she was going to be working on some farm, we met up again in Leon, Nicaragua after about a month & traveled to Honduras, El Salvador & Guatemala together. Now I have to move on to Belize but she will be staying in Xela for another month doing volunteer work with Nuevo Horizontes (the only female shelter in the country). Que Triste! However, I hope to visit her in Germany someday. 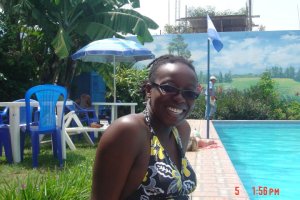 Again, I didn’t get the chance to visit Semuc Champye (a spectacular waterfall & pool) & another opportunity of visiting Livingston because am running out of time. Well there will always be another time. I feel recharged now – after seeing 2 countries in 2 weeks & 3 cities in Guatemala in a week, it felt good to remain in one place for a whole week and few days doing normal stuffs such as Spanish classes and volunteer work. A part of me wants to remain here for a while but time is not on my side so I will keep moving with this recharged energy and passion.